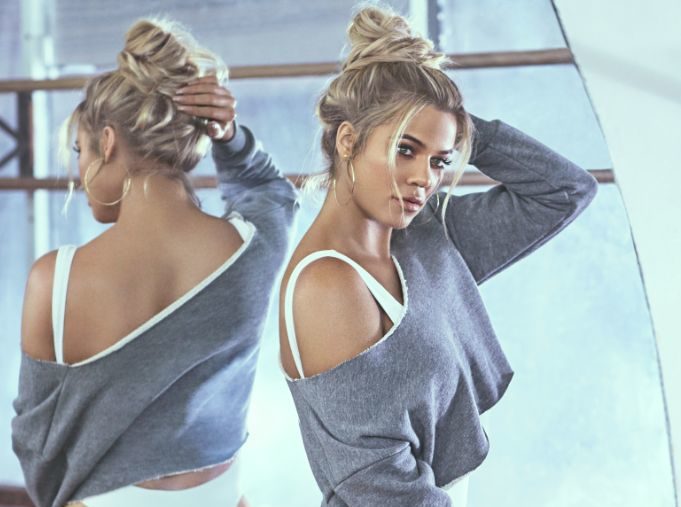 There aren’t many celebrities that evoke a reaction quite like the Kardashians. Love them or hate them, the first family of showbiz have prevailed through 72-day marriages, drug overdoses and high profile robberies.

But none have earned survivor status as much as Khloé. The youngest and most outspoken of the Kardashian sisters, her solid stance and 5”8 stature originally made her stand out against her petite siblings for all the wrong reasons. Long referred to as ‘the chubby one’, Khloé’s self-confidence plummeted as stylists shunned her and yo-yo dieting became the norm. With her personal life crumbling around her (ex-husband Lamar Odom admitted to multiple infidelities and excessive drug use), Khloé found solace at the gym, working out four to five times a week as a way to kick stress and escape the paparazzi. As a result, she lost 40lbs, has become the face of Protein World and has launched her own TV show, Revenge Body.

With a body to rival her sisters and a new romance on the cards, we found out how Khloé reinvented herself in this month’s issue of Your Fitness Magazine.

1. Stand on the flat side of a Bosu ball, with a shoulder-width stance. Maintain good spinal position with your chest up and head looking forward. This will be your starting position.
2. Flex the knees and hips to lower your body, keeping your knees aligned with your feet and hips. Squat as deep as flexibility allows. Do not allow your knees to cave or allow your thoracic spine to flex.
3. Pause at the bottom of the motion, and then return to the starting position by extending at the knees and hips.

1. Holding the barbell (or two dumbbells at your side), keep your arms straight and knees slightly bent.
2. Slowly bend at your hip joint, not your waist, and lower the weights as far as possible without rounding your back, which should remain straight. Make sure you keep your spine neutral with a natural low-back arch, with shoulders down.
3. Keep the barbell close to your legs, almost touching them and squeeze your glutes to pull yourself up at a quicker pace than it took to bend down.

1. Place a resistance band just below your knees.
2. Begin standing with feet directly underneath your hips, and squat about halfway down.
3. Take a step sideways to the right as far as you can. To fully activate the muscle,
be sure to step onto your heel, rather than your toes.
4. Actively resist the pull of the exercise band as you bring your left leg slowly toward your right, returning to the starting position.

1. Position your shoulders on an ottoman and your feet on the bed so the hips sink lower than the shoulder.
2. Bridge hips up and flex your glutes at the top.

1. Stand with your feet shoulder-width apart.
2. Start by doing a regular squat, then engage your core and jump up explosively.
3. When you land, lower your body back into the squat position to complete one rep. Land as quietly as possible, which requires control.

To read the full interview, pick up the April issue of Your Fitness with Khloe Kardashian, on sale March 2nd.

Why You Should Work Out With Your Loved One 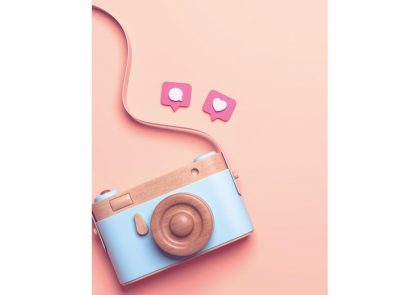 These Over 50 Influencers Need To Be On Your Radar, Stat 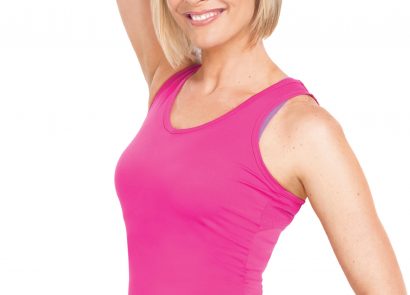 Jenni Falconer: “Why I love running”

2 Moves For Your Abs and Back