How To Decrease Your Dementia Risk

Every three minutes, a person in the UK is diagnosed with dementia, and figures are set to reach more than one million people by 2025, according to research from alzheimers.org.uk. It’s bittersweet to add that, because we are now living longer as a nation, the number of people who will get the illness has increased. Dementia is an umbrella term for a number of different diseases – Alzheimer’s is the most wellknown and the most common, causing about two thirds of cases. Alzheimer’s disease occurs when the numbers of nerve fibres in the brain drop as the brain shrinks, and ‘clumps’ of protein build up, affecting how nerve impulses pass through brain cells. Symptoms of dementia can include memory loss, confusion and disorientation, as well as mood changes and problems with language. Sometimes, the common problem of memory loss occuring simply due to old age can make it difficult to diagnose. But here’s the good news – according to research from the Lancet, 40 percent of cases are preventable with simple lifestyle changes. Try making these adjustments to your daily routine to help decrease your risk.

1. Have a healthier diet

“Try to ensure most of your meals are based on fresh natural produce that’s naturally rich in vitamins and minerals, as well as increasing your intake of healthy fats,” advises Dr Jamie Wilson, dementia specialist and founder of myhometouch.com. “Sixty percent of your brain is composed of fat and 20 percent of this should be essential fatty acids, including omega 3 and omega 6. Good foods for brain health can be found by adopting the Mediterranean diet which is rich in lean protein, leafy green vegetables, pulses, nuts and berries. Try cutting down on meat and eating more plantbased meals.” You can also obtain omega 3 DHA from oily fish, such as salmon, sardines, mackerel, [which is vital for your brain structure], as well as vitamin B12 and choline, which are essential for your nerves, and antioxidants that help to protect and prevent damage. If you don’t eat oily fish, try a good-quality fish oil supplement. Also, be mindful of your sugar intake as too much can disrupt brain function. “Sugar dramatically increases inflammation in the body, which raises your risk of dementia by around 20 percent, along with heart disease, type 2 diabetes, obesity and cancer,” says Deborah Colson, cognitive nutritional therapist at Re:Cognition Health (recognitionhealth.com). Deborah also recommends drinking around two litres of water a day: “The brain consists of around 70 percent water, so it’s important to maintain good hydration levels to keep it performing at an optimum level, as dehydration can be detrimental to cognitive performance, memory and attention.”

“A lack of face-to-face contact and interactions with others is linked with faster cognitive decline and a shorter lifespan,” explains nutritionist Cassandra Barns. “The online world shouldn’t replace in-person contact and relationships, so get out there and meet other people in the real world if you want to keep your brain young!” In fact, a study published in the American Journal of Public Health found that older women with large social networks were 26 percent less likely to develop dementia than those with smaller ones, proving the benefits of being sociable.

“Exercise improves circulation to the brain and helps with blood sugar control, so it stands to reason that a lack of exercise could speed up brain ageing,” says Cassandra. “Going for a run releases endorphins and is a great way to switch off and clear your mind from stress.”

“Deficiencies in vitamin D (through a lack of sunlight) may also increase your risk of memory problems and cognitive decline,” explains Cassandra. “This is another good reason to take a vitamin D supplement during winter, or throughout the year if you’re not getting regular sun exposure.”

“Keeping your mind active can help reduce your risk of dementia,” says Dr Jamie. “From brain training apps to reading the news, doing simple puzzles and listening to stimulating conversation on the radio all count. Look out for activities that you really enjoy, so it’s more likely you will keep them up.”

“Good quality sleep has multiple health benefits and there is now research to show that lower sleep quality can be linked to an increased risk of cognitive decline,” explains Dr Jamie. “The quality and pattern of sleep is just as important as the length of time you’re asleep, so set a regular routine, turn off bluelight screens like your smartphone one hour before bedtime, and avoid drinking caffeine after midday.”

Dr Dimitrios Paschos, consultant psychiatrist at Re:Cognition Health encourages people to laugh more in order to improve cognitive health. “Laughter increases the intake of air, stimulates blood circulation and makes the brain release endorphins, which are natural painkillers,” he says. “In the long term, it improves mood, lessens stress and helps you connect with other people. The more you laugh, the more your brain is engaged, helping to grow more brain cells and may possibly help reduce the risk of Alzheimer’s disease.”

8. Put on your dancing shoes

“Studies have shown that the occurrence of dementia, including Alzheimer’s disease can be reduced by dancing,” says Dr Jo Rodda, consultant cognitive psychiatrist at Re:Cognition Health. “Not only is it fun, sociable and engaging but it’s also a great way of incorporating exercise into your weekly routine. Learning and remembering new steps activates many neural pathways in the brain, keeping grey matter strong, active and healthy. Try working out vigorously three times a week for 20 minutes to help reduce the risk, and switch one or two of your weekly workouts to dancing for optimal cognitive benefits.”

“The effects of smoking, including high blood pressure, can lead to less oxygen in the brain and potentially cause dementia, plus can also take its toll on your mental wellbeing,” says dementia specialist at mha.org.uk, David Moore. “Negative habits like smoking are commonly associated with experiencing stress, anxiety, depression and even bipolar and schizophrenic tendencies, all of which have been connected to dementia.”

8 Ways To A Healthy Heart 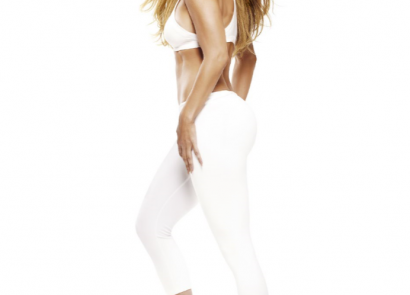 J-Lo: “I love the way working out makes me feel” 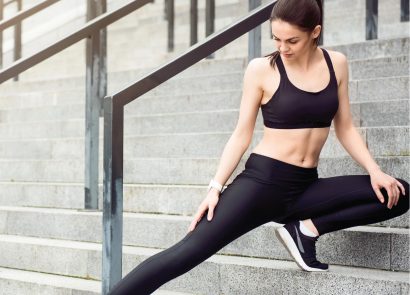 7 Ways To Survive An Urban Run