Everything You Need To Know About Ovarian Cancer

It‘s often referred to as the ‘silent killer’, but awareness and understanding can help the battle against ovarian cancer

7,300 women are diagnosed with ovarian cancer every year in the UK, so we’re shining a light on the symptoms, signs and risk factors to be conscious of during this March awareness month. Whether you’re worried about the disease yourself, or know a loved one going through treatment, our health experts have compiled everything you need to know about this gynae cancer.

What are the most common symptoms?

“Most patients with ovarian cancer don’t get any symptoms until the disease has reached its later stages,” says Professor Christina Fotopoulou, consultant gynaecological oncologist at Cromwell Hospital in London.

“Many ovarian cancer symptoms are similar to those caused by other conditions, such as irritable bowel syndrome, food intolerance and menopause. The most common ovarian cancer symptoms include; stomach ache, bloating and having a swollen abdomen; loss of appetite and weight loss; needing to pee more often or more urgently; changes in bowel habits, such as constipation, excess wind or diarrhoea, and feeling sick or having indigestion. Some women may even detect a lump.”

Be in the know

There are some factors that may increase or decrease your risk of ovarian cancer, such as your family history, age, lifestyle and if you have a long menstrual history, according to expert Cary Wakefield at Ovarian Cancer Action (ovarian.org.uk):

Family history: If two or more relatives from the same side of your family have had ovarian, breast, pancreatic or prostate cancer, you may have inherited a BRCA mutation. We all have BRCA genes, but a faulty one can increase your risk of ovarian cancer by up to 60 percent. But don’t panic – knowledge is power and you can opt for extra monitoring and even preventative surgeries to lower your risk.

Age: Around 84 percent of cases are diagnosed in women over the age of 50. However, it is possible to develop the disease at any age, so women of all ages should be symptom-aware.

Endometriosis: Endometriosis is a common condition where tissue that behaves like the lining of the womb is found in other parts of the body. Research shows that women who have endometriosis could be at increased risk of ovarian cancer.

How is a diagnosis made?

“The GP is usually the initial point of contact and will ask about your symptoms, including a family history of cancer,” explains Professor Fotopoulou. “Depending on the symptoms and the findings of the examination, your GP may arrange for more specialised blood tests that will include to check for a tumour marker (substances produced by the body in response to cancer) called CA125.

A high CA125 may be a sign of ovarian cancer, although other conditions can also raise the CA125, such as infection, endometriosis and pregnancy. If they find the CA125 to be higher than normal, or even if the symptoms persist, your GP will organise a specialist ultrasound scan and depending on all the findings, a further referral to a gynaecologist for more specialised tests. In the case of ovarian cancer, a CAT scan (CT) of the chest, abdomen and pelvis will be organised, and a full set of tumour markers, to further determine the extent of the disease. A referral to a specialist cancer care will be the next step.”

Q&A: Will a smear test rule out ovarian cancer?

“Cervical smear test will not detect or rule out ovarian cancer,” says Saurabh Phadnis, a consultant gynaecologist (london-gynaecology.com). “It‘s aimed at detecting cervical pre-cancerous changes and has nothing to do with ovaries. There is unfortunately no reliable test to screen for ovarian cancer, and at present, there is no national screening programme. 10-15 percent of tubo-ovarian cancer (where an inflammatory mass found in the fallopian tube), is genetically linked. If you carry the gene that predisposes you to ovarian cancer, you may be offered risk-reducing surgery to remove your ovaries at an appropriate age. Genetic screening is another method to determine the risk and may help.”

What is the treatment?

“The treatment options for ovarian cancer vary, depending on several things, including the stage and the grade of the cancer and your general health,” explains gynaecologist Dr Ellie Rayner (thematernitycollective.co.uk). “The stage of a cancer refers to how far the cancer has spread to other areas of your body, and the grade is determined by how the cancer cells look under the microscope. The main treatment options are surgery and chemotherapy. Treatment will aim to cure the cancer wherever possible. Most women will be recommended to have surgery, usually involving removing both fallopian tubes and ovaries (bilateral salpingo-oophorectomy), the womb and cervix (total hysterectomy) and the layer of fatty tissue in the abdomen called the omentum (omentectomy).

Chemotherapy is used after surgery to help kill any remaining cancer cells, but can be used before an operation to shrink the cancer to make them easier to remove. Sometimes, if the cancer has spread too far to be cured, you will be offered treatment to relieve any symptoms you may be experiencing and to control the cancer for as long as possible, this is known as supportive or palliative care. After any treatment you will be followed up for a period of time by your doctor and they may use blood tests or imaging scans to monitor your response. You will be offered regular reviews by your specialist team over the following few months and, if all remains well, you will be offered further check-ups once or twice a year, up to five years.”

A bit of good news

Ovarian cancer drug treatment has recently had a breakthrough, with the drug niraparib now being made available to newly diagnosed women. “It’s a milestone in the fight against ovarian cancer,“ says Annwen Jones, chief executive of Target Ovarian Cancer. “We haven’t had a breakthrough drug available to so many since the introduction of the chemotherapy drug paclitaxel in the 1990s.” Niraparib works by stopping cancer cells from repairing themselves. It will be available for women with stage III and IV ovarian cancer from their first round of treatment. Find out more at, targetovariancancer.org.uk

What symptoms do we hear less about?

“Typical symptoms can be mistaken for irritable bowel syndrome,” says Dr Nicky Neay (forthwithlife.co.uk). “Feeling full quickly after eating, nauseous, persistent abdominal bloating, lower abdominal/pelvic discomfort, urinating more, and back ache might also be suggestive. Nevertheless, these symptoms could be because of other causes, which is why diagnosis can be challenging.”

Some other symptoms which are lesser known, but still could be a sign of ovarian cancer, include:

“If you notice any of these changes, especially if they’re persistent, speak to a medical professional who will discuss your symptoms, examine you and refer you to a specialist who can help you further,” says Professor Fotopoulou. 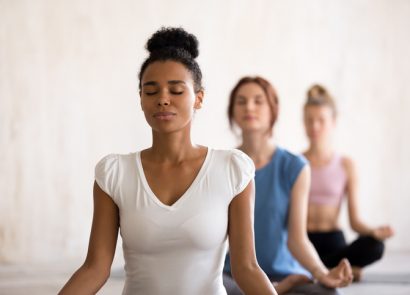 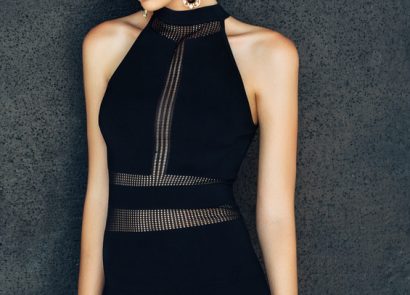 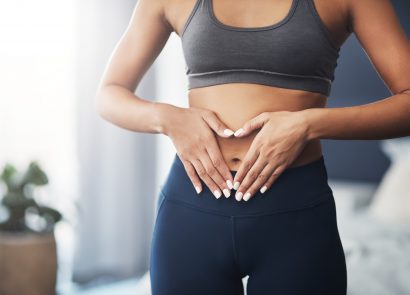 How To Improve Your Gut Health

This is how Kate Hudson keeps fit on holiday