Discover The Benefits Of Laughter Therapy

Whether you’re after a healthy mind, bank balance or relationships, we’ve got all your wellbeing needs covered this month

When it comes to morning rituals, Lotte Mikkelsen’s is a little unusual. At 7am every weekday the former IT worker hosts a 10-minute conference call with just one item on the agenda: laughter. “I started the sessions in 2008,” explains Lotte via a phone line that fizzes with her chuckles, giggles and laughs. “I was diagnosed with MS, and when you live with that condition getting stressed can really trigger relapses. I needed a stress management tool.” Having discovered the therapeutic benefits of laughter Lotte became a ‘laughter ambassador’, teacher and speaker (laughteryoga.co.uk), and enjoys a medication-free life. But could a little more mirth help everyone?

It was American political journalist Norman Cousins who first documented the link between laughter and health. Diagnosed with an auto-immune disease in the 1970s, he discovered that a 10-minute laugh could create an anaesthetic effect allowing two hours of pain-free sleep. Subsequent research into the mental and physical effects of laughter has made some extraordinary discoveries. Scientists at California’s Loma Linda University have proven that the stress-relieving powers of laughter are very real, and caused by benefits to the endocrine system that decrease stress hormones cortisol and epinephrine. The same team has found that laughter impacts on the immune system too, increasing production of antibodies and activating disease-fighting T-cells. Over the years these Californian studies of ‘Laughtercise’ (deliberate mirthful laughter), plus others, have found laughter to decrease unhelpful LDL cholesterol, lower systolic blood pressure, improve blood flow and reduce cellular inflammation. A 2006 study even found that just anticipating a laugh measurably lowers stress hormones.

To tap into your own potential for laughter, Lotte recommends a simple daily exercise. “When you wake up in the morning and first look in the bathroom mirror, do a little ‘ha ha ha ha’ out loud to yourself,” she says, producing a spontaneous chuckle. “Give yourself the thumbs up. You made it out of bed!” The sensations in your lungs, throat and diaphragm will let you know the physical effects, but there is guidance out there to help you through any self-consciousness at this unfamiliar exercise. “I talk people through the whole process of laughter yoga on my website, but you can also look on YouTube,” says Lotte. “There are lots of laughter videos. Some of them you’ll likely think are very strange! It’s all about finding the right approach for you.” There are also around 130 laughter clubs in the UK, many running via Zoom, that help followers retain the discipline to laugh. “Laughter’s such a natural thing, but as we grow up sometimes we forget about having fun and being playful,” says Lotte. “Right now people are stressed – we don’t know what’s around the corner – but laughter is such a great method for lifting your mood. And when you boost your immune system you are better able to fight off illnesses and recover quicker, and that’s what we need too, isn’t it?”

In these tough times a good laugh has never felt more precious, but you might assume that magical involuntary laughter we get from a great comedy box set or a fun evening on Zoom are as good as it gets. Not so, according to laughter therapists (or ‘laughter yogis’), who believe that deliberately creating the conditions to laugh with others every day – or even mimicking laughter while alone – is essential to getting enough. “When you share a laugh with family or friends in practise it’s actually really brief, a few seconds,” points out Lotte. “Yes, there are great laughs where afterwards we feel exhausted, but they are so rare. If you’re expecting something to be funny on the TV you can be waiting a really long time. But the body responds whether you laugh for real or fake, so laughter yoga is about consciously choosing laughter on a daily basis, and getting a good 10-15 minutes. When you practise laughter yoga every day you rewire your brain and create new neural pathways. It’s very beneficial for coping with life’s ups and downs.”

The practice also has parallels with the lung-maximising breathing exercises that have gone viral amid the Covid-19 pandemic.”With yoga you take a deep breath in and your out-breath is longer so you get rid of the stale air in the lungs,” says Lotte. “When you laugh you really extend your exhalation even more, so you bring in lots of fresh oxygen. Because this is an exercise we may start out pretending to laugh – ha ha ha ha – but because we connect with ourselves and other people we find the real laughter. The body responds to laughter whether it’s real or fake, but you’ll find yourself laughing because others are.”

Studies have shown that laughing can lower blood pressure, reduce stress and boost immunity. So, call your most hilarious friend, FaceTime with your family or try out laughter yoga (laughteryoga.co.uk) and get giggling regularly. 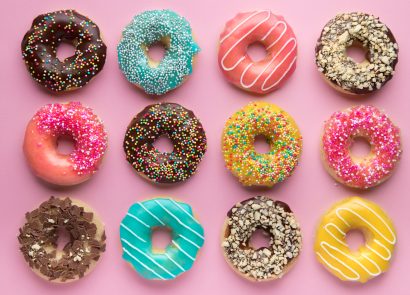 What Sugar Is Actually Doing To Your Skin 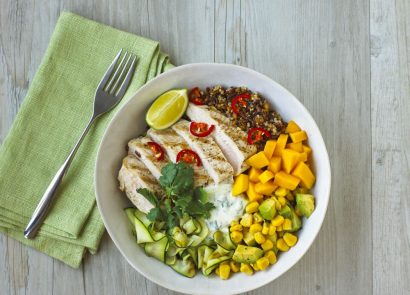 Turkey And Mango With Corn And Avocado Salsa 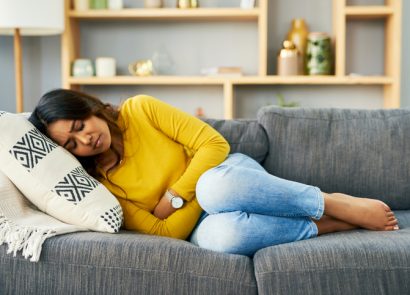 Bloated? This Could Be Why 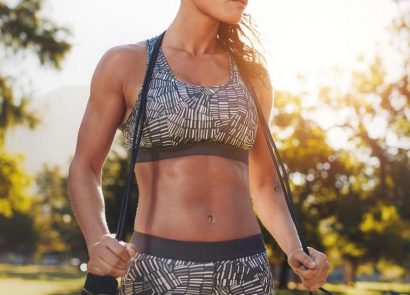 How to reboot your bod