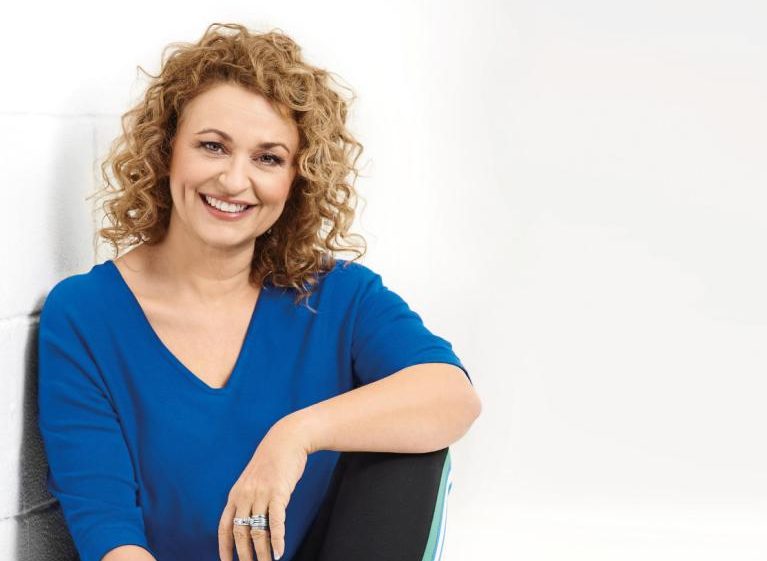 Nadia Sawalha on loving her body

Nadia arrives at our photoshoot with daughter Kiki, aged 11, in tow (Nadia also has another daughter, Maddy, 15, with husband Mark), all smiles and full of energy, despite the early start. She’s arguably one of the most open people on TV, regularly talking about deeply personal subjects, so I was excited to catch up with her afterwards to discuss everything from how she coped with the menopause to her strategies for staying healthy with such a busy schedule.

Turning 50 is a huge milestone in anyone’s life, but perhaps even more so when you’re in the spotlight. It can also dramatically change how you feel about your body but, as Nadia tells me, she has an amazing acceptance of it now. “I try to be grateful for all that it’s done for me,” she explains. “After years of self-loathing, I’m now in a better place, even though my body probably looks the worst it’s ever looked, thanks to cellulite, the menopause, ageing and sagging. But, in a way, I think I love it more.” However, Nadia does admit that there are certain things she can’t do now she’s reached this decade. “I’m constantly making myself promises that I’m going to do all sorts of weird and wonderful exercise routines so that I can get back what I had before, but the problem is that they are just promises,” she laughs. “I’m definitely not as strong as I was. That’s why I’m so desperate to start weight training – it’s one of the things you should do as you get older, especially after the menopause, because your muscles deteriorate very quickly and a lot of people become infirm simply because they don’t look after their major muscle groups.” Health is clearly something on her mind, so I ask Nadia if she takes better care of herself now that she’s in her 50s. “Absolutely – I was such a party girl but now I’m really careful about the number of alcohol units I have a week and what I eat, and I meditate and stretch,” she admits. “I definitely take better care of my health now. I’m 54, which means that, next year, I’ll be five years off 60! And while it’s hard to get fit now, it’s going to be so much worse in another five years, so I’m trying to be more disciplined. That’s my biggest problem – I’m a great starter but a lousy finisher.”

Body image is something that is discussed a lot on Loose Women, with Nadia talking about how tempted she is by plastic surgery. “I would absolutely love to have my neck done because, after years of sunbathing and not listening to medical advice, I’ve now got a neck that doesn’t portray how I feel about myself,” she explains. “I think that, if I didn’t have children, I’d probably do it – it would be such a bad example to set for my daughters.”

Nadia’s hair loss is also something that she’s very open about, so I ask her how it’s affected her emotionally. “Very much so, actually,” she says. “I used to have such a thick head of hair. People who look at me now would still say I have, but I had around three times the amount that I have today. I would wake up in the morning and just spritz it with a bit of water, which would make it go into perfect ringlets – it was so easy to look after. When something’s simple in life, you often take it for granted. I used to moan about having thick hair, saying how annoying it was that I couldn’t get a brush through it, so it’s very depressing now.” Nadia quickly snaps back to her usual positive self though, adding that when she does get fed up, she reminds herself that at least she still has hair. “I get around feeling down about it by trying to find gratitude for what I’ve got – and really that’s the rule for so many things in life.”

This bravery extends to other events in her life, too. “The menopause was very bad,” Nadia reveals. “For me, the first symptoms were that I got really depressed and down – I had no idea what it was, though, because the menopause wasn’t really talked about. When our new editor came to Loose Women about four years ago, we all said that the thing we wanted to discuss on the show is the menopause – up until then you didn’t talk about it on television because people found it unsavoury. So, this meant that many women, like myself, were getting hit by symptoms and not knowing what it was! I think we’re all really proud at Loose Women that we discuss it so much now.” With such horrible symptoms, I wonder how Nadia got through it. “I treated my menopause with homeopathy, healthy eating, meditation and exercise,” she explains. Now that she’s almost out the other side, she’s got lots of advice for those currently going through the menopause. “It’s really important to talk about it,” she says. “There’s lots of information online, and if you’ve got symptoms that you aren’t sure of, go to your doctor to get checked – don’t suffer in silence.”

Nadia doesn’t think of exercise as just about looking after our bodies, she also sees it as very important for our mental health. “We have almost an epidemic of anxiety in the western world and I think a lot of that is because we’ve become more sedentary,” she explains. “The more you sit down, the more overwhelmed you become with whatever it is that’s worrying you. I always tell my girls to go for a walk or run whenever they feel anxious. I could get a car to and from Loose Women but I get up earlier so that I can walk to the train station.” In fact, walking is what got Nadia started on her healthy journey, helping her lose an impressive four and a half stone for her fitness DVD, Fat to Flab. “I’d never run in my whole adult life, so I started by simply walking 10 minutes one way and then turning around and walking back,” she says. “If you’d said to me when I started that those walks would turn into marathon runs [Nadia has run the London Marathon twice], I would’ve bet my house that wouldn’t happen!” Nadia embarked on her weight loss plan because she’d got to a point where she was tired and feeling horrible. “I was in denial and never really looking in the mirror,” she says. “I got down to nine stone six and I looked amazing but, for me to maintain that weight, it is just too much because it’s not my natural body type. It would mean sticking to a rigid diet and never having a glass of wine or a curry. I now vary between 10 stone six and 10 stone 10 – I’d like to be 10 stone, to be honest, but I just love food too much!”

Just before I wrap up the interview, I ask Nadia if she has any tips for someone struggling to get motivated. “Start small,” she says. “Lots of people say things like they’re going to throw everything out of their house that’s unhealthy and that they’re going to run every day. We all know what’s going to happen – in a week, it’s all going to go to pot. So, begin with smaller steps – is there something that you’re doing that you know is sabotaging your health? If sugar is the problem, work on reducing that. Once you start with something that’s manageable and you do it, you’re then encouraged to achieve more.”

I’m not a gym girl at all. I do between 10,000 and 15,000 steps a day, trampolining in my front room while I watch TV, and every night I do an hour of stretching. When the girls from Loose Women and I went to a retreat in Ibiza last year, we had a workshop with an osteopath. He said that most people don’t stretch enough and that it takes four and a half minutes to properly stretch each muscle. So, I’ll put a timer on my Blaze watch and stretch every muscle properly. If you do that every night, everything is better – your sleep, movement, everything.

I always do my meditation when I go to bed at night and when I wake up in the morning – that’s when I have some time to myself without kids and without everybody needing something. It’s just getting up 10 minutes earlier as I only do 10-minute meditations with apps. They’re really good, and now, when I get on the train, I’ll do another one. It looks like I’m listening to music, but actually I’m trying to zone in to how to have loving kindness.

Nadia’s meals in a day

I try to do a 16-hour fast, so I don’t eat for 16 hours and then eat for eight hours. Most of that fast is done at night, so the first meal that I have is a green juice with broccoli, celery, spinach, ginger and lemon.

At half past one, I have a chicken salad from Crussh (crussh.com). I also always have either an oat or an almond cappuccino. I couldn’t stand coffee until I got to 52 and then I suddenly loved it.

I have to eat something as soon as I get home, either a crumpet with butter or a slice of gluten-free toast with almond butter, grated carrot and Marmite.

I usually have something like chicken, vegetables and brown rice (I only ever have brown rice and brown rice pasta). It’s brilliant – you wouldn’t know the difference, I even get wholemeal food past my kids! I then have something sweet. I’ve spent the last 54 years training myself to like dark chocolate, so I’ll have some of that and a two glasses of wine several times a week. 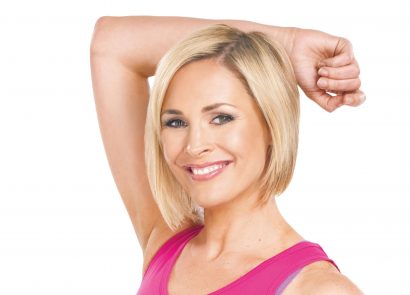 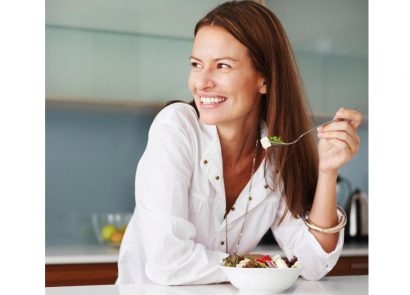 What To Eat To Ease The Menopause 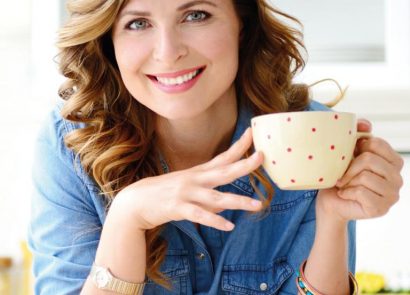 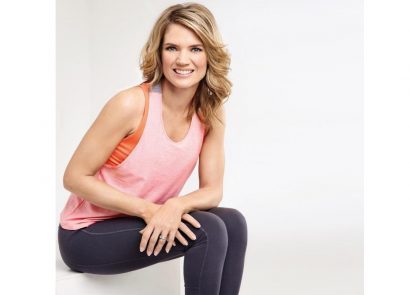