British actress, television presenter, TV chef, vlogger and ‘loose woman’, Nadia Sawalha, knows a thing or two about getting fit, keeping in shape and eating healthily. She’s well-known for talking openly about menopause, weight loss, female hair loss and ageing healthily. But, she also knows how to whip up some delicious dishes for a healthy diet. Find out Nadia’s invaluable tips here.

I thought it was tough feeding toddlers, but that was nothing compared to feeding my fussy teens. Gone are the days when I could tie them into their highchair and ‘do aeroplanes’ or ‘choo choo trains’ to get them to eat foods that were good for them. Nowadays, if they don’t like something, they just point blank refuse to eat it. My 16-year-old knows only too well that all she has to do to get me to cook what she likes is mumble ‘I’ll get something when I’m out’. I get instant visions of trans fat chicken in a bucket and pepperoni pizzas the size of planets!

So, because I want my precious daughter to live a long and healthy life, I have no choice but to wage a daily battle against the Three Ps: Pot Noodles, Pizzas and Pringles that will (if left unchecked) ruin her health.

I will be honest. I win some of these battles and I lose just as many – leaving me feeling guilty almost every day! She loves bagels, so I buy her wholemeal ones. She won’t eat nuts, so I surreptitiously spoon them into her smoothies. She refuses any vegetables other than broccoli, so I put eight different veggies into her ‘broccoli’ soup. She hates tomatoes but is somehow oblivious to them when I put them in Bolognese. She detests avocados, so I never let on that they are in her most favourite chocolate mousse! As a famous woman once said, ‘never surrender… never give up the fight!’

Maddie, my daughter, refuses to eat any oily fish, so I have to con her into eating walnuts to get some of those essential fats into her. I’m rather proud of this particular trick! Instead of breading chicken, I simply grind up walnuts and sesame seeds for the coating. I dip chicken strips in flour and egg, and coat in the ground nuts. Then I bake them for 15-20 minutes and finish off by frying until they’re cooked in the middle.

Nadia on her favourite recipe for a speedy, healthy breakfast

The older I get, the less time I seem to have. I used to spend hours in the kitchen prepping all of my favourite foods for the week ahead, but now I really don’t know how I managed to have an abundance of pots of soups, spaghetti Bolognese sauce and even homemade ice cream ready to go in the freezer! I mean, I had young kids and a full-time job, for goodness’ sake!

It’s crazy how different things are now. My freezer has hardly ever got more than a bottle of gin and half a packet of freezer-burnt fish fingers in it at the moment. I rarely even get to eat a fully toasted slice of bread these days – I usually get so impatient, I end up popping it out before it’s actually ready. I even spooned an egg out of the saucepan mid-boil last week and fried it!

So, I’m always looking for ways to adapt the recipes I love and fit them in with my chaotic way of living. I love homemade granola, but I’m never organised enough to have some waiting for me in a jar. That’s why I’ve come up with a great way of making some in just five minutes – see my recipe below!

My top tip: You could also fry some apples in butter and cinnamon and sprinkle this on top of the granola for a super-quick dessert.

Nadia on why lunchtimes don’t have to be boring

“Picnics play a big part in my life – we have one a couple of times a week. I have a pretty bizarre life, due to the fact that both of our girls are home-educated; I literally never wave them off at the door. Home education is a bag of mixed blessings and the responsibility is sometimes terrifying! But one of the positives is that I do get to spend a lot of time with my girls and one of our favourite moments in the day is lunchtime, as we all love good food and a gossip. On the days I’m not on Loose Women, I cook something quick and delicious, but on the days I’m on the show, it’s a late lunch and picnic time. There’s nothing nicer than having our reading session in the garden (or the park if there isn’t a pile of washing to be done) with a gorgeous al fresco midday meal.

Currently, we’re really into Vietnamese summer rolls – they’re a lot easier to make than you might think, and you can pack them with so much goodness! Simply dip the dried summer rolls in hot water for a few seconds until they soften, and then fill them with all the veg you love and roll them up! I fill mine with chicken, chilli sauce, nut butter, carrots, red cabbage and avocado, because I want lots of colour and plenty of food. As I say to the girls: ‘if there’s a rainbow of colour on your plate, you are eating healthily!’ I also pack my homemade flapjacks, Sunbites baked crisps (the girls would flip if there weren’t any crisps), and lots of fruit.

Nadia on eating for a challenge

Nadia tells us how she fuelled her body for a trek in the Himalayas with 100 other women to take part in the Fabulous Challenge. Participants had to push themselves to their physical limits, as well as raise lots of cash for the brilliant breast cancer awareness charity, Coppafeel.

“Training hard and eating the right foods has been a big part of my life recently. Good food makes great fuel for the body, so I’ve been eating as well as I possibly can. Soup has been my big thing over the past few weeks as they are so filling, easy to make and low-calorie to boot. And, as I’ve already got a heavy rucksack on my back, the less weight I’m carrying on this body of mine, the better. This Indian spiced butternut squash and lentil soup has been an absolute winner and the dollop of Greek yoghurt on top gives me a protein boost to help build up my muscles. Have a try of this little beauty – it’s also a great winter warmer!” 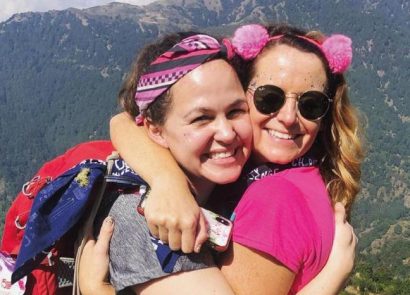 Giovanna Fletcher’s Approach to Fitness is so Refreshing

Healthy hacks to deal with your period 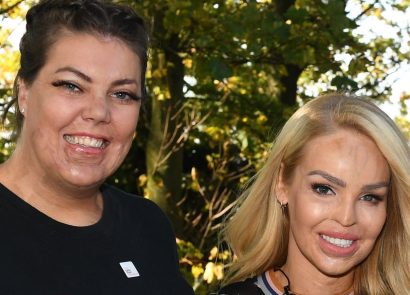