Find Out How The Language Around Food Impacts Your Wellbeing

Clean, indulgent, good, bad, cheat; we’re all aware of the moral marshalling that comes with the simple act of eating. This month, we solve the pieces of the puzzle to find out where it all started

As the second birthday of #nutribollocks was celebrated on Twitter in August this year, food experts around the world rejoiced, because we are slowly moving away from the idea that food and morals should fall under the same category. You would have thought the days of clean-eating were behind us, but it appears the demonising language around food is alive and well. First, let’s go back to where this all began. H&W investigates: when did food become so complicated?

It’s no secret that the language used around food in the media and on packaging has transformed significantly. Newly-coined terms have been cropping up for more than 30 years, including words such as ‘hangry’, ‘clean-eating’ and even ‘soggy bottom’ from the much-loved baking programme, The Great British Bake Off. But, it’s language like this that’s dumbing down food and nutrition, says nutritionist and health writer, Ian Marber (ianmarber.com). “The language around diet has become increasingly childish, as food isn’t described in complex terms anymore. Desserts are either sticky, gooey or yummy and the same goes for body parts. We’re not eating to improve our gut health, we’re feeding our tummies with foods ‘brimming with vitamin A’.”

For decades, we have been fed the idea that thinness equals success through the media, and this dates back to the beginning of the 19th century. “The foods we view as healthy have really changed. For a long time, sugar was seen as the ultimate nutrient source because it provided the most amount of energy in the smallest quantities,” explains food culture historian, Chloe-Rose Crabtree. “Now, we know that added sugar can have adverse effects on health, but the way we talk about health and wellness is the same as it’s always been. It places blame on the individual for not pursuing health without considering barriers that they might face.” This concept that being ‘fat’ or ‘overweight’ relating to your mental capacity stems from the literature presented to young children, too. “People with obesity have been vilified in books for years, so weight stigma is not new,” claims registered nutritionist, Claire Baseley (clairebaseley.co.uk). “Enid Blyton’s books, in particular, portrayed fat people as lazy and stupid – and you can’t forget Augustus Gloop in Charlie and the Chocolate Factory.”

Following advice from a ‘doctor’ online has never been more popular. With the rise of the non-medical influencer on social media, it can be difficult to determine who has an actual qualification compared with someone who has bought the title, resulting in an increase in followers and young people, in particular, being misled. “Most people can’t tell the difference between evidence and opinion because they’re often presented in the same way,” says Ian. Last year, 62 percent of patients who found their practitioner through social media either chose them through promotion and marketing of cheap deals or because they thought they were affiliated with a celebrity (saveface.co.uk). “These social media stars seem like our peers, but many don’t have any qualifications beyond meeting a narrow aesthetic ideal,” explains Claire. “Some of the messages they spread are not at all evidence-based or balanced.

Clean-eating has been one of the most damaging terms to emerge from the influencer uprise. Avoiding whole food groups, such as wheat, grains, dairy and sugar, have all been encouraged in the pursuit of wellness when in fact, we can enjoy all foods, whether that’s pizza, chocolate, avocado or chicken. It’s the portion sizes and frequency that are important.”

We’re constantly seeing food being divided into good and bad in the media, and with that comes a level of anxiety when choosing certain foods, explains Ian. “We’ve become polarised when it comes to our diets, so whether you’re a vegan or meat-eater, or follow a keto diet, it becomes a part of your identity.” The concept of showing your good character or moral correctness through food is not a healthy way to be, Ian continues. “There is definitely a moral judgement and that atmosphere of good and bad is a way of catastrophising everything, adding to the confusion.”

Although we can’t ignore the fact that we should eat less of certain foods, we should avoid demonising them and dividing them into good or bad, advises Claire. “It’s essential to stop the accusatory language in the press that blames people for being obese,” she warns. “Rather than focusing solely on weight, we should encourage a healthier, sustainable behaviour change. For example, aiming to eat an extra portion of veg a day or finding fun new ways to get active, as opposed to forcing someone to join the gym or count calories, can feel less arduous and more manageable.” Chloe-Rose agrees. She wants to encourage us to ask: ‘what are the best foods for me?’ “Instead of talking about the right or wrong ways to be healthy, the discussion should be centred on empowering people to discuss how their feel in their body, without judgement.”

What you say and your attitudes towards food and exercise can trickle down to your little ones without you realising. Try changing up your language with our suggestions so they can adopt a healthy approach to wellness from a young age.

1. “Eat everything on your plate”

Children tend to be quite in-tune with their hunger levels and will intuitively eat until they are full. Try this instead: “Well done for listening to your body and stopping when you were full.”

2. “We don’t have chocolate in the house because it’s bad for us”

Labelling foods as good and bad can have an impact on your kids’ relationship with food. Restricting whole food groups can send the wrong message, so say something like this: “We have lots of different foods in the house, including chocolate on occasion.”

If you teach your children that you use exercise to lose weight, that will stay with them into their teens. We know that exercise can be fun and not just a weight loss tool, so give this a go: “I’m exercising because it makes me feel good.” 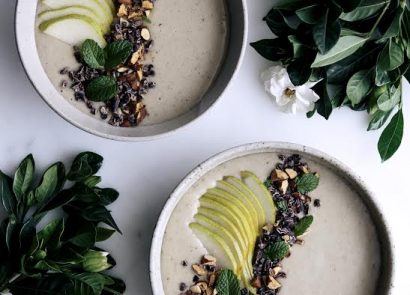 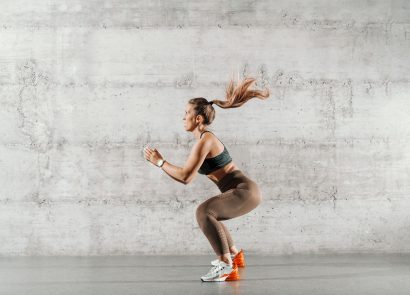