It’s a Tuesday morning, two days after The Happy Place Festival in Tatton Park, when I chat with Fearne, who is still on a comedown from the hecticness of the event, a spin-off from her hugely popular Happy Place podcast (now in its fourth season). The event spans the weekend and involves a flurry of pre-planning, fact-checking, energy and, most importantly, Fearne, as the face of everything Happy Place, has to be 100 percent present. “Yesterday I was knackered,” she admits. “I hadn’t slept for a few days and I was totally run down, but I find it so hard to stop. I was trying to write notes about the festival and I was like, ‘what am I doing? Stop.’” It’s fitting then, I quip, that she’s releasing a range of self-care style products in Boots this September titled, Calm, Energy and Sleep. “I basically wanted the range to be based around those three areas,” she explains. “So I started by thinking about the different avenues we could go down with calming smells and ingredients. I adore all the scents of the body sprays and the moisturisers in the Calm range, they’re just gorgeous. I loved coming up with the drawings and the design for the DoodleBook as well – that will make such a nice gift for someone.”

But, Fearne, as honest as ever, is the first to admit that carving out time to for self-care is easier said than done. “I’m pretty awful at self-care, actually,” she confides. “Terrible at it. I just try and give my body what it needs rather than punishing it with crazy exercise. So if I’m feeling rundown, then gentle yoga will help, whereas if I do a work out it will probably make me feel worse. I’ve spent so much of my time looking into self-care and talking about it, but I’m awful at believing I deserve to have any time to myself, or to be idle. I’m constantly looking at ways in my life, and my career, that I can put that into practice.”

Since starting Happy Place in March 2018, the same year she left the popular game-show Celebrity Juice, Fearne has become known for her candidness around her struggles with anxiety. Opening up the wider conversation around mental health in her podcast has resulted in her guests, often high-profile themselves, feeling comfortable in sharing their own difficulties with addiction, self-esteem and the pressures social media can sometimes bring. “Often, if I know that person then I’ll speak to them beforehand, like James Bay for instance. He came to my house before the recording and we decided on what would be good to talk about because I’d never spoken to him about his private life,” says Fearne. “Before we start recording, I always tell the guest that they have full editorial control. It’s a collaboration. I don’t want to interview my guests and make them feel that they have to tell me the stuff I ask. If they want something to be chopped out, then we can go back and edit. But weirdly, because I’ve set that precedent, no one has ever asked to have anything removed. I just want people to feel comfortable, and because I’m pretty open, they’re willing to be as well.”

Openness, it has to be said, comes with a certain degree of bravery – especially when you’ve grown up with the weight of your decisions impacting, whether you want it to or not, people’s perception of you. “I didn’t set out to be a spokesperson about anything to do with mental health,” she says. “I wanted to write a book about life, feelings and emotions and I thought I could be vague and nebular and keep that stuff to myself, and then, on the other hand, I could be honest about everything.

It was terrifying because I hadn’t talked about it up until that point. It took a lot of courage, but I thought, well, what do I have to lose? These are my feelings, this is how I’ve been going about life and this is what I want to say about it. It’s not going to change anything about me, so I thought it was worth the risk.” Since the publication of her books Happy (2017) and Calm (2017), she acknowledges that it’s become easier to talk about her mental health. “It’s still quite scary, but liberating at the same time, because when I’m at work or doing an interview, everyone knows everything. So if I’m feeling overwhelmed or a bit down this day then it’s quite a relief.” In Quiet (2018), she speaks in depth about the critical voice in her head. I ask her if she feels like she’s gained any further insight into how to stop that voice from having less gravitas. “God no!” She exclaims. “It’s always hanging about. Some days I’ll feel good when I wake up and I won’t really hear it and then other days it’s really loud. I’ve done this job for so long and I’ve had to take criticism about myself since the age of 15, so I’ve got used to outside opinions, but that does make you overly critical and sensitive. If I want to mitigate it, I talk to friends, my husband, and my manager. It’s about having that awareness and filtering out the truth from the rubbish in your head.” I ask her if that’s where she feels her self-criticism strike the most. “It can creep into anything,” she says. “Parenting in particular, because it’s harder than anything I’ve done. I love my kids and the experience is amazing, but knowing you’re raising human beings with fresh eyes on this planet and you’re guiding them through life…” she pauses. “I know a lot of other friends who feel the same. You can constantly feel like you’re doing it wrong. Which is bizarre, because as a mum you love your kids and that should be enough of a foundation, but it’s really hard.”

For someone who says they’re rubbish at self-care, Fearne Cotton could probably teach a lot of people (myself included) about safeguarding their mental space. Take her rather refreshing attitude to social media for example, something that some of her guests on Happy Place have struggled with. “With social media, I try not to think about it too deeply,” she says. “I try to post a realistic representation of my life, but I’m also not the person who, if I’m feeling upset or down, would feel the need to put a picture up of me crying – I would rather talk about those feelings in a podcast or a book where I can say what’s going on. There has to be a purpose behind why I’m telling you that. If I tell you something then I also want you to know how I got out of it.” When I mention that a lot of people could benefit from having that discipline when it comes to scroll-control, she acknowledges that it’s hard. “With Instagram, I’ve spoken to so many people that I would never have met had it not been around, so I’m grateful for it in that sense, but, I also know if I’m tired, then I shouldn’t be on it and I don’t need to know what people think about me, or what they’ve been writing about me. I don’t always stick to that, but that’s usually the plan.” It’s Fearne’s commitment to be selective about what, and where, she shares parts of herself that becomes increasingly obvious during the time I spend talking to her. She only documents the parts of her life that she thinks will be valuable to other people – something that, in the age of social media, feels incredibly unassuming. “The thinking behind Happy Place,” she tells me, “was I wanted it to be an open conversation about life. If people listen and know they’re not alone, then that for me is a job done, because there’s nothing worse than feeling lonely or ostracised.” But, she admits, it’s all too easy to focus on the liberating feeling that openness and authenticity can bring, and ignore the downsides that being so can have. “I think the most important thing, and it’s a lesson I keep needing to learn again and again, is that you need to have boundaries. I want to be giving, kind, grateful, engaged and connected, all while having boundaries, because I’ve learnt that people will abuse kindness, generosity, time, energy and learning. I need to remember that it’s OK to preserve a bit of yourself, because otherwise, you’re no use to anyone.” 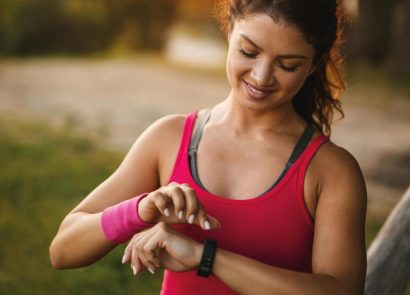 Here’s How To Break Free From Fitness Comparison 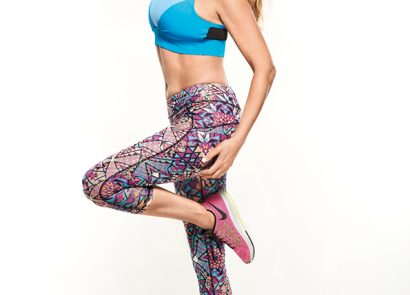 How to Halt Greying Hair 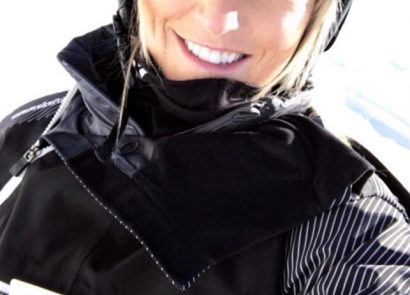 How to be a better skier