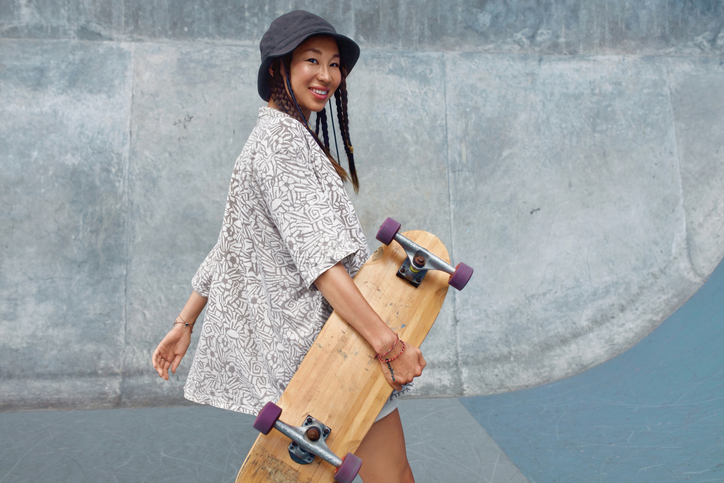 Since skateboarding was officially approved for inclusion at the Tokyo Olympics in 2016, the sport has gained some serious momentum. Online searches for ‘skateboard lessons’ have seen a 150 percent increase since last year and 300 percent more Brits are evidently keen to master the notorious kickflip. And, the sport’s not just popular with your son or daughter – it’s also enjoying a midlife revival. There are now more than 53,000 adults in England who head to the park on a regular basis – in fact, MySkate, an app which provides skateboarders with the locations of all the skateparks in the UK, has seen an increase of 180,000 uses of the app each month and, according to research*, skateboarding in middle age has been found to help reduce the chance of mental health issues. Still not convinced? We spoke to a few people who may change your mind…

Helena Long, 31, has friends she met outside of school and Tony Hawk’s Pro Skater PlayStation game to thank for her love of skateboarding. When she first started learning as a “naive teenager”, her weekends were dedicated to exploring London via £2 travelcards in search of decent skate spots and practicing on the road outside her parents’ house in a bid to perfect her technique. Feeling uncomfortable and intimidated didn’t even enter her mind. “We were all in the same boat,” she recalls. “I was incredibly welcomed by this group of guys I’d just joined for a skate, and I’ve never looked back.” Now, Helena skateboards professionally, is currently ranked 939 globally and endorsed by big-time brands including Vans Europe and Santa Cruz.

As a sport which she thinks society deems as masculine, she’s impressed by its exposure post-Olympics, and is flying the flag for women everywhere to jump on board. “For too long, people have categorised skateboarding as male-dominated and a sport that puts your body at risk,” she comments. “It’s great that more people are interested in taking it up, but at the same time, Olympic skateboarding is one of many sub-cultures [of the sport]. It’s competitive and judged on the idea of having winners and losers, but the greater culture of skateboarding is so much more. I find skateboarding an incredible tool for self-discipline, learning how to work with others and a great way to think about the creative use of space.”

For Jess Melia, also 31, skateboarding has been a consistent presence for most of her adult life. She’s been skateboarding herself for about five years and her husband is the manager of Welcome Skate Store, the local skate shop in Leeds, but she was inspired to establish her own venture within the community when she noticed a lack of women on the skating scene. “When I first started going to skateparks, I would genuinely wonder where they were all hiding,” she recalls. “So I created an Instagram account to encourage women out of the woodwork and hold an online space that showcased that there were females in Leeds skateboarding, all with the hope that it would encourage others to do the same.” Rolling with the Girls (you can find them @rwtgleeds), is a skateboarding collective aimed at inspiring women and non-binary people to take up skating – and Jess has been blown away by its success. “Since its inception, I’ve seen local female-led skate pages pop up all over the country. We have nearly 5,000 followers on Instagram which, considering it’s a niche sub-culture, is impressive without funding and advertising. It’s amazing for me to turn up at a skatepark and see nearly the same number of females as there are males – which is incredible – compared to five or so years ago.”

Tricks of the trade

Don’t be fooled into thinking that skateboarding only looks cool. Similar to your 5k run or weekly yoga class, the sport has some serious health-boosting benefits that are yours for the taking. “Skateboarding can help you develop strength and stamina through repeated trick attempts or simply pushing along to the shops,” says Lucy Rafferty Adams, who is part of Skateboard GB, acting as Chair at the World Skate Continental Skateboarding Commission for Europe and fourfive ambassador (fourfive. com). “The length of your session will determine how many calories you burn but overall, when you skate, you’re using lots of muscle groups to keep balanced and push or propel you, and therefore will contribute to physical fitness.”

You may also think that a skatepark is the best place to learn, but it’s all about the location. To make yourself feel comfortable, Helena recommends finding an open space with a flat surface when you’re just starting out, like an empty car park or even your carpet at home. “Learning how to step on and off without the wheels rolling is a great way to get comfortable with your board,” adds Lucy. “And you don’t necessarily need to go to a skatepark to progress. Just find a smooth, flat area and spend some time getting familiar with pushing along, building up speed and stopping. Nailing these fundamentals is essential before trying harder tricks.” And if you still feel a bit awkward, practising in a group or with a friend can help to relieve any anxiety you may feel.

As you’d probably expect, learning to skate will be awkward at first – anything that requires a new set of skills is, right? But there’s no reason your age should hold you back, says Jess. “Age doesn’t mean a thing in skateboarding; it’s one of the things I love most about it. You’ll often find older stalwarts of the scene embracing and skating with the younger kids, all brought together by a mutual love of skateboarding. Personally, skating makes me feel free, and why should the feeling of freedom just be for kids? If you want to express yourself, be challenged and try something new, skateboarding is for you – no matter your age.” Got it. Anything else? “One thing to remember is that everyone falls and everyone fails at skating – even the best,” admits Helena. “We learn to fail though and it’s only up from there. Then the reward of landing tricks is even better.”

Need a hand in the confidence department? Team GB Olympic skateboarder Bombette Martin shares how to hold your head high on four wheels 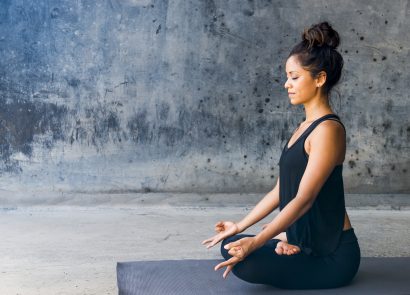 2020 Spotify Trends: 7 Things Predicted to be Big This Year 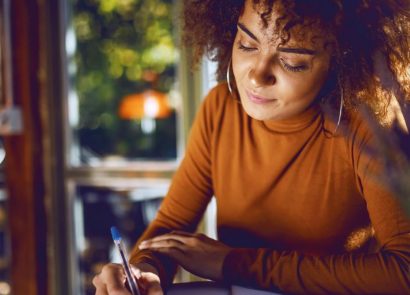 Everything You Need To Start Cycling 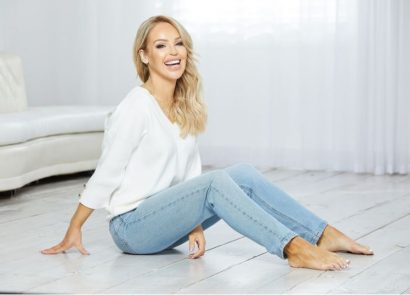 Katie Piper On Why She Doesn’t Set Resolutions