Going organic on a budget

Going organic can be expensive, but there are lots of health benefits to be had. We spoke to the experts to find out how to do it without breaking the bank

According to a recent study by the Organic Trade Board (organictradeboard. co.uk), 48 percent of us already include organic food in our weekly shop, so should you as well? We put the most frequently asked questions to the experts – plus, turn the page for some tasty, thrifty organic recipes you can make at home!

What does organic mean?

Before we look at why organic food is better for you and the environment, we’ll explain what it actually is. Organic food is produced using a farming system which avoids using man-made fertilisers and pesticides, as well as any other nasties, meaning that food is grown more naturally. Organic agriculture also works towards environmentally, socially and economically sustainable production – so, for example, farmers rely on crop rotation, which doesn’t cause as much damage to the environment as other techniques, and use animal and plant manures, which improve the quality of the soil. This all means that food that’s grown in this way comes from trusted sources, meeting a strict set of guidelines. For a product to be labelled as organic, at least 95 percent of its ingredients must be from an organic source. If you want to buy organic, look out for the Soil Association’s (socilassociation.org) label, as this is the gold standard and you’ll know exactly what you’re eating and where it’s come from.

Why should i go organic?

Organic food can be an investment, so we asked personal trainer and nutritionist Chris Simon, mentor at Origym (origympersonaltrainercourses.co.uk), what the health benefits are. “Organic food is conventionally grown without the use of pesticides, chemical fertilisers or growth hormones, so this is the main reason why it’s a much healthier alternative,” he explains. “Food that isn’t grown this way could not only have long-term health effects, but it also decreases its nutritional value. In fact, according to a study by organic.org, organic fruit and vegetables contain 27 percent more vitamin C, 21.1 percent more iron and 29.3 percent more magnesium than non-organic produce.” Nutritional therapist Sandra Greenbank (sandragreenbank.co.uk) agrees – “the meat generally has a better fatty acid composition, with higher amounts of omega 3 fats due to the animal being pasture-raised, rather than grain-fed,” she says.

The higher nutrient levels aren’t the only benefit of organic food that make it worth the higher cost – it’s also better for the planet. As the Soil Association explains, this type of agriculture works with nature, not against it. Unlike more intensive methods, organicallyproduced food doesn’t cause soil erosion, avoids polluting nearby rivers and lakes with chemical run-off, reduces soil contamination and allows wildlife to thrive. Switching to organic methods would also help to combat climate change, as it could save 64 million tonnes of carbon over 20 years across all cultivated land in the UK, which is the equivalent of taking nearly a million family cars off the road. The lack of synthetic pesticides and herbicides also means that it’s better for animals, especially bumblebees, which are a vital part of our ecosystems.

There’s no way to get round the fact that organically-produced food can be more expensive than other produce, but there are options to save your wallet. Some items such as organic flour, milks, bread and butter are usually inexpensive, and shops such as Aldi and Tesco offer less costly organic produce. “Head to cooperatives to source your food, as they tend to be cheaper than most health food shops and supermarkets,” advises nutritional therapist Julie Silver, author of Food Awakening – Nutrition for Now (juliesilver.co.uk). “Try to buy in bulk from organic suppliers, grow your own fruit and vegetables in your garden or start with a planter on your windowsill, or find someone who has an allotment so you can get organic fresh food from them.” Nutritionist Dr Marilyn Glenville (marilynglenville.com), a strong advocate of buying organic, agrees.

“If you have a spare patch of garden, set aside a little corner for your children’s use,” she says. “By growing their own vegetables (courgettes in particular are easy to cultivate and yield a good crop) they will have reason to take pride, as well as pleasure, in eating them. Kids love to forage, too, and once the strawberry season is over in late summer the hedgerows will be hung with blackberries – so a healthy walk can also provide one of our five-a-day.”

Sandra suggests finding your nearest farmers’ market to save money, as you’ll be buying directly from your local farmer, meaning less overheads and transport costs. “Buying cheaper cuts of meat and then freezing what you’ve not used is a thrifty way to eat,” she adds. “Try to make use of the whole animal – for example, use the bones to make stock. I personally like to put a whole chicken in a slow cooker, as you get more meat that way.” If you have lots of leftover veg in the fridge, don’t throw it away – make soup instead. “This is a fantastic way of not letting anything go to waste, especially produce that’s starting to look a bit limp and sad,” explains nutritionist Cassandra Barns. “Gently steam all vegetables, add lots of garlic, onions and herbs such as rosemary, caraway and thyme, then blend in a food mixer or liquidiser.” 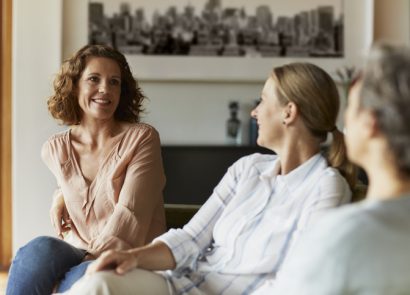 Socialising Is Back – But How Do We Go Back To Normal? 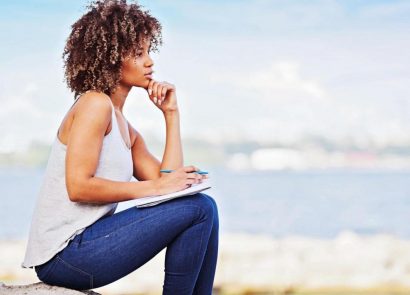 Camilla Dallerup: My Advice For Putting Your Dreams First 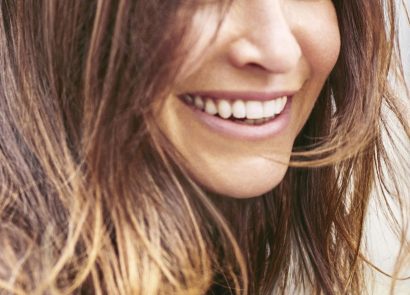