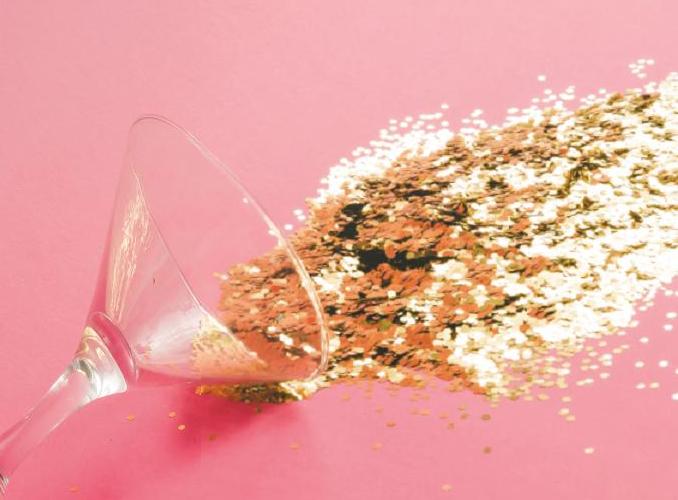 How To Cope When You’ve Made A Mistake

The best gift you can give yourself this year? Easing up on yourself next time something goes wrong

Brought cheese crackers instead of Christmas crackers? Had too much punch, pre-lunch? Forgot the last post? There’s nothing quite like the pressure of Christmas to make your mistakes seem 10 times worse than usual. It may be the rant you had at your partner over your father-in-law’s disgruntled response when you revealed you’re serving a nut roast this year; or a secret Santa present that missed the mark, because really, no matter how run-off your feet you are, how could you have forgotten that your boss actually can’t stand football? Christmas, despite all the good intentions, is a minefield for mishaps, but the result of dwelling on them can be even more destructive. According to a study published in the Journal of Psychotherapy Integration, self-constant criticism can include symptoms of depression, anxiety, substance abuse, negative self-image and decreased motivation and productivity. Which means, if you’re in the habit of beating yourself up, you’ll be more likely to be preoccupied with failure. To find out how we can be kinder to ourselves (particularly over the festive season), we asked how we react when we make a mistake and the best ways to recover.

Finding it hard to forgive yourself for an error is often the result of common thinking patterns that originate from your childhood. Setting grand expectations for yourself, misinterpreting others’ expectations of you, or making a bigger deal out of things than necessary, can make run-of-the-mill slip-ups feel much worse than they actually are. “If you tell yourself that you’re not worthy, or not good enough, then it becomes a negative problem that’s internalised,” says Dr Elena Touroni (thechelseapsychologyclinic.com). If you’ve ever left your Christmas shopping until the last minute and sat in bed the night before Christmas Eve, envisioning the mile-long checkout queues, then you’ll know all too well how hard it can be to stop thinking pessimistically about a situation. “Positive thinking is a hard line of thought that’s tricky to maintain – reality-based thinking is what’s really beneficial,” says Elena. “Encouraging a sense of optimism and fostering gratitude about the good in one’s life is great for your wellbeing, but people who think more realistically tend to be more resilient as well, because they’re able to maintain a steady reaction to situations, rather than defaulting to worst case scenarios.”

That jolt of shame that comes with burning the turkey, or forgetting your newborn nephew’s name, is probably because you’re worried about being judged for your blunder. “We’re very good at being self-critical, but it’s important to remember that we’re in a culture where we’ve been taught to self-deprecate and not be vocal about what’s gone well for us,” says Ali Moore, a self-esteem coach and author of Reconnect Your Life. “When we make a mistake, we feel like we’re not worthy and that people will think badly of us. That then escalates into worrying that we might not be accepted. It all comes down to not wanting to be shunned from a group.” However, recovering from a mistake is sometimes easier said than done. “Self-criticism affects your natural psychological resilience to deal with bad things when they happen,” explains Elena. “If you’re a very self-critical person, then you would have an underlying vulnerability that would have started early in life. Perhaps a parent was critical of you, or you grew up watching them judge other people.” The more solid your sense of self is, the less likely you are to keep reflecting on what’s gone wrong. Everyone knows that mistakes happen, so don’t always assume people are going to think badly of you.

While a carefully crafted seating plan can solve a lot of awkward mishaps at Christmas dinner, bringing together different generations with varying viewpoints can often result in subtle eye-rolls and timely toilet breaks. And, particularly after a glass or two, someone is bound to say, or do something wrong. “The more compassionate you are, the easier it becomes to bounce back when you feel like you’ve messed up,” says Elena. What you don’t want to do is berate yourself. “Reflect on the situation and forgive, but also make a mental note on what you could do differently next time.” Compassion is often the best way to fight a self-critical voice, so don’t underestimate what being kinder to yourself can do for your health. “Stop, breathe and be present,” says Ali, “As soon as you’ve made the mistake, notice the reaction you’re having. Instead of allowing those negative thoughts to formulate, or shying away from them, consider why you’re thinking about that. Come back to the present. The whole process of taking a deep breath calms that part of your nervous system and allows you to reflect on everything calmly.”

Look for the learning

“Hindsight is a wonderful thing – particularly if you forgot to turn on the oven on Christmas morning – and, while you might think there’s not much to gain from your mishap (other than better time management skills), you can probably take away more than you think. “Once you’ve acknowledged that you’ve made the mistake, work out what you’ve learned from it and what you can take forward,” says Ali. “Allowing some time to contemplate what’s happened can help, but then ask yourself what you gained from it. Everything can be a learning experience.” It can be harder to look on the positive side of things if, say, you’ve accidentally let it slip to your niece that Father Christmas doesn’t exist (and just in case there are any wandering eyes looking at this magazine – he most certainly does!). “Sometimes, you have to accept responsibility when you hurt someone and feel remorseful for that before you deal with your own feelings,” advises Ali. “Acknowledging it might be painful, but don’t make the situation about you and your emotions when someone else is hurting.” 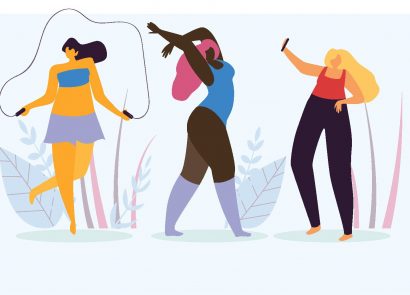 Why You Need To Get On Board With Intuitive Movement 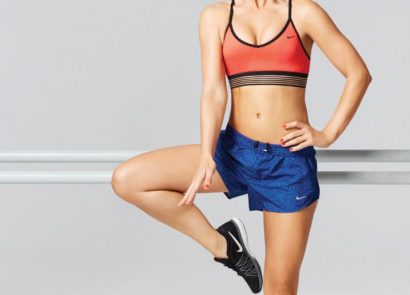 Our Guide To Buying The Perfect Sports Bra 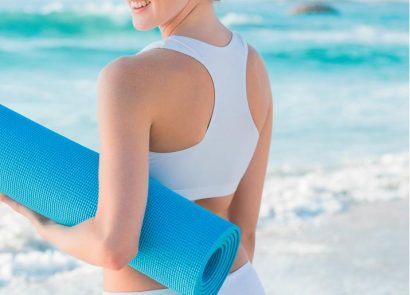 7 Ways To Stay Fit On Holiday