Why barre workouts are great for postnatal exercise

Looking for a safe, low-impact postpartum workout and wondering if barre is a good choice? TV presenter Helen Skelton reveals the benefits of barre classes after pregnancy

As I write this, it’s been three weeks since I gave birth and now with a new baby and a boy under two, my postpartum workout options are rather limited. At the minute, I can only do an exercise routine that the baby and my son can attend too as part of my postpartum recovery. I have no one to watch them, so I’m not able to attend any postnatal exercise classes away from my house. With this in mind, I recently called upon a ballet barre and Pilates instructor friend (and fellow mum) who put me through my paces in the kitchen during a postpartum barre class, and it wasn’t long before I felt the benefits.

Can diastasis recti cause issues with postnatal barre exercise?

Becky (my teacher) wouldn’t do any postnatal barre workout moves with me until she had felt my stomach to see if I had any abdominal separation in my transverse abdominis or rectus abdominis muscles, which means a gap in the abdominal muscle (the technical term is diastasis recti, and it’s very common during pregnancy). I did experience this during my pregnancy with my first baby, and it meant being extra careful two months before and after the baby arrived as you can do long term damage if you don’t take care pre- and postpartum. Thankfully this time I was fine and we were able to do a couple of abdominal exercises to increase my core strength (these were preferable to crunches!). The baby crawled around and hit us with things while we stretched and pulsed.

Throughout the whole exercise class, Becky reminded me constantly to contract my core muscles and keep my concentration. If you have diastasis recti following pregnancy, always seek the advice of your GP or physical therapist before embarking on any fitness routines during the postpartum period to take care of your abdominal wall.

What does barre involve?

Most of the postpartum fitness workout was done at the barre (in this instance, my kitchen island!) and the focus was on ballet, yoga and postnatal Pilates type exercise moves. A lot of attention is paid to breathing and counting during the exercise class. I must confess I have eyed up postnatal barre fitness for a long time – mostly because I have been attracted to the idea of achieving ballerinaesque toned limbs from a series of elegant stretches. In reality, there is a lot more bouncing pulsing and core exercise than simple stretches but it still felt elegant thanks to the series of moves. The technical term is ‘isometric strength training’, which basically means holding positions while you contract an isolated group of muscles.

As in Pilates and yoga, when you look at a move and think it looks easy, in barre you start an exercise thinking it will be a piece of cake but by the 20th repetition, you’re pouring sweat and your muscles are burning just like you’ve done a full on cardio workout!

During my pregnancy I felt as though I piled on baby weight around my bum and thighs so Becky and I did lots of kicking moves using the island for balance. At times we used small hand weights and sand filled water bottles, rather than a kettlebell, but generally we used our own body weight for resistance. Most of the exercise moves only require a small amount of movement but you target and improve muscle tone by doing lots of reps during the workout routine.

Is barre an effective form of postpartum exercise?

Barre is said to improve posture and muscle definition, aid weight loss, improve fitness levels, increase flexibility and reduce stress. It’s also good at working your pelvic floor muscles, which is of course very important after pregnancy (although it’s vital to remember to do other key pelvic floor exercises, such as kegel exercises, to avoid any pelvic floor dysfunction that could occur after giving birth!).

Becky is living proof that this type of exercise is good for your figure (she’s got a killer body and she won’t mind me saying she eats like a horse!). Plus, because it’s a low impact form of cardio, it’s perfect for a pregnant woman and after pregnancy, alongside other forms of postpartum exercise. Given that barre is a one stop shop I can do anywhere any time, I am confident this won’t be my only attempt – and it’s not just me who now calls themself a fan of barre, as celeb followers of this fitness routine also include Lisa Snowdon and Calgary Avansino!

While I take my first baby steps into the world of barre as a form of postpartum fitness, I’ve been eyeing up the Nike Studio Wrap Barre Shoes, as they look perfect for yoga, Pilates and barre exercise. Admittedly they are quite pricey and maybe unnecessary but they look really cool – so cool in fact I’d like to wear them from the exercise class to the cafe! 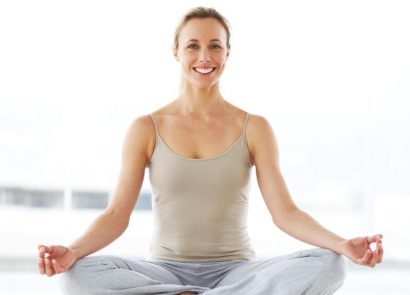 Get The Know-How On These Popular Meditation Moves

7 ways to stick to your workout 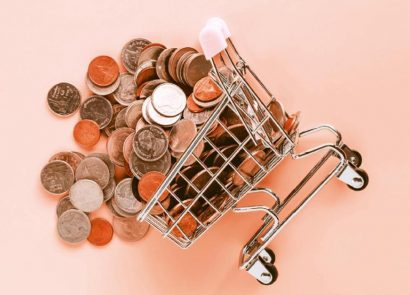 How You Can Eat Well But Spend Less Money